Breaking Up with Beth Moore

I am breaking up with Beth Moore. Since I am the wife of a Southern Baptist pastor, this may seem like blasphemy. I can assure it is not. Really, it's okay.

So here's the deal. I was a former card-carrying member of the Beth Moore groupie fan club. The first Beth Moore study I participated in, I also led because the original leader had to back out at the last minute. The study was A Woman's Heart: God's Dwelling Place about Moses and the tabernacle. I was riveted. I was hooked. I spent so much time in my Bible and felt like I learned an incredible amount about biblical history and the character of God. So, then I led anotther one and another one. In the meantime, I also attended my first Living Proof Live conference in Lebanon, MO. I've since been to Living Proof conferences in various place around the US. I don't know how many, but I would suspect around 7 or 8.

When we moved to Wisconsin in 2007 for my husband to plant a church, he took a year to study the area and see what and where the needs were. During that time, we visited church after church after church. We had family church at home on Sundays for the four of us, but we really had no church home. While it was good "research" it was also exhausting and we felt very disconnected from a community of believers. We certainly became aware of the need and purpose of Christian community. During this time, I was craving that connection with likeminded people and decided that I would look for a Bible study in the area that I could get involved with. It turned out that the church we visited that next Sunday was just getting ready to start Beth Moore's Believing God study, one I hadn't done yet.

I joined this group and it was awesome. Two of the women were PWs from this church and it was nice to form a friendship with them. My husband already knew both of their husbands. Two of the other women in the study were church members there and then there was another random woman---a seeker, if you will. The first time we watched the accompanying DVD I realized that Beth Moore doesn't translate well. Sure, we speak English in Wisconsin, but the homespun humor and the "darlin's" just don't work in the upper Midwest Everyone enjoyed the study and got a lot out of it, but it seemed to be IN SPITE of Beth Moore, not because of her. The seeker especially, seemed a litle disturbed by the presentation.

Fast forward to our little church plant about 1.5-2 years later and we do our first women's Bible study. We picked Anointed, Transformed, and Redeemed: A Study of David by Beth Moore, Kay Arthur, and Priscilla Shirer. I had done several Kay Arthur studies in high school and I wasn't at all familiar with Priscilla. We had a smalll motley crew of me, and 3-4 other women from our church plant. Three of them were believers and one was not, but was a faithful church attender trying to figure out what she believed. As with all Beth Moore studies, this one had extensive homework requiring 5 days of study per week. All the other times I had done a BM study I had been a stay at home mom or worked very part-time. Lesson number one I learned was that a BM study is not realistic for a woman who works full-time outside of the home. While I know that some women do it, for me it came down between family time or time doing homework. One might argue that I still need to be spending time in my Bible and that's true. However, there's a difference between spending time in scripture and doing silly homework/busywork like writing a specific verse three time or going on a biblical wild goose chase looking up random verses that really don't pertain. As the nonbeliver in our group stated, "That was a $hitload of homework and I can't get it all done." The homework requirement wavers between encouraging legalism for those doers like me or becoming defeatist for those who can't get it done. And so, so much of the reading is just personal stories from Beth Moore that aren't crucial to understanding the scripture.

Even though I am a native Southerner, born and bred in Alabama and having lived in the south all of my life, when I look through my Midwestern lenses, Beth Moore is not relevant. Her homey humor, "beloved," and "bless your heart" sayings don't translate. I would watch the faces of native Wisconsinites as they watched her DVD. They thought she was cheesy and as much of an over-the-top caricature as Jeff Foxworthy. And then there's her "girl banter" in which she jokes about the trouble of being female. I can remember a particular DVD is which she describes visiting Africa for the first time and sleeping in a tent (gasp!) and realizing that there were no outlets to plug in her curlers, straightener, etc. (double gasp!). "You girls, know what I'm sayin', right? We wouldn't be caught dead without our face on and our hair did." Hah! Most of the Wisconsin women I know can shovel snow, chop wood, and milk a cow without batting an eye. So many of my students grew up on dairy farms and were out milking cows by 5 am, shared a room with 4 other siblings, and didn't have a car until they graduated from college and bought their own. Concern about curling their hair in Africa would not rank in their list of concerns. And quite frankly, she's very patronizing to women and holds very, very strict gender stereotypes. Finally, as a church planter's wife, I have realized how much religious-speak peppers Beth Moore's speech. We spend much of our time with people who have no experience in the church and have limited exposure to the Bible. Beth Moore is hard to follow because of all of the religious language she uses and spiritual assumptions she makes.

So Beth, I'm breaking up with you. Your niche is in the south, but people up here just aren't buying what you're selling. 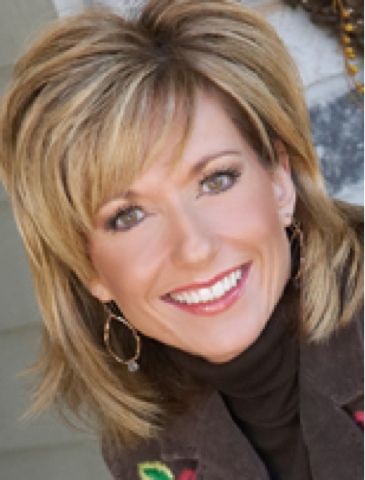 11/18/13 Thank you all for your comments to the post, but positive and negative. I have learned a lot from many of you. However, others of you have been hateful and non-constructive. I love to engage in healthy debate with people who can argue effectively from both sides of an issue, but I will not allow you to "come into my living room" (my blog) and hurl insults. Therefore, no more comments to this blog are being accepted.
2/20/14  I have written a follow-up here: http://thesecretlivesofpastorswives.blogspot.com/2014/02/the-day-my-blog-blew-up-follow-up.html
Posted by Pam Terrell at 10:36 AM

New comments are not allowed.

The Secret Life of a Pastor's Wife

Pam Terrell
I married my high school sweetheart in 1990 and became a pastor's wife in 1992. We served at churches in Texas, Missouri, and Louisiana until our move to Wisconsin in 2007 to become church planters. We have two wonderful teenage boys, two bassets hounds, and a fickle cat. I also work full-time as a professor after a period of time as a SAHM and a part-time WAHM and WOHM. My spiritual gift is hospitality and I aspire to find daily ways to make people feel special and welcomed in the midst of the busy life, whether in my home or in the community at large. Mercy? Not so much. I'm a work in progress. Things I love? Quilts (making them and snuggling under them), cats, rainy days, laughing, literature, hearty soups, artisan bread, travel, learning, passionate people, and adventure. Things I detest? Pretense, smacking, pessimists, wet toilet seats, and venison.